Dedicated to Enhancing the Social, Economic, & Environmental Vitality of Our Community
Home » Backyard Chickens in Middletown 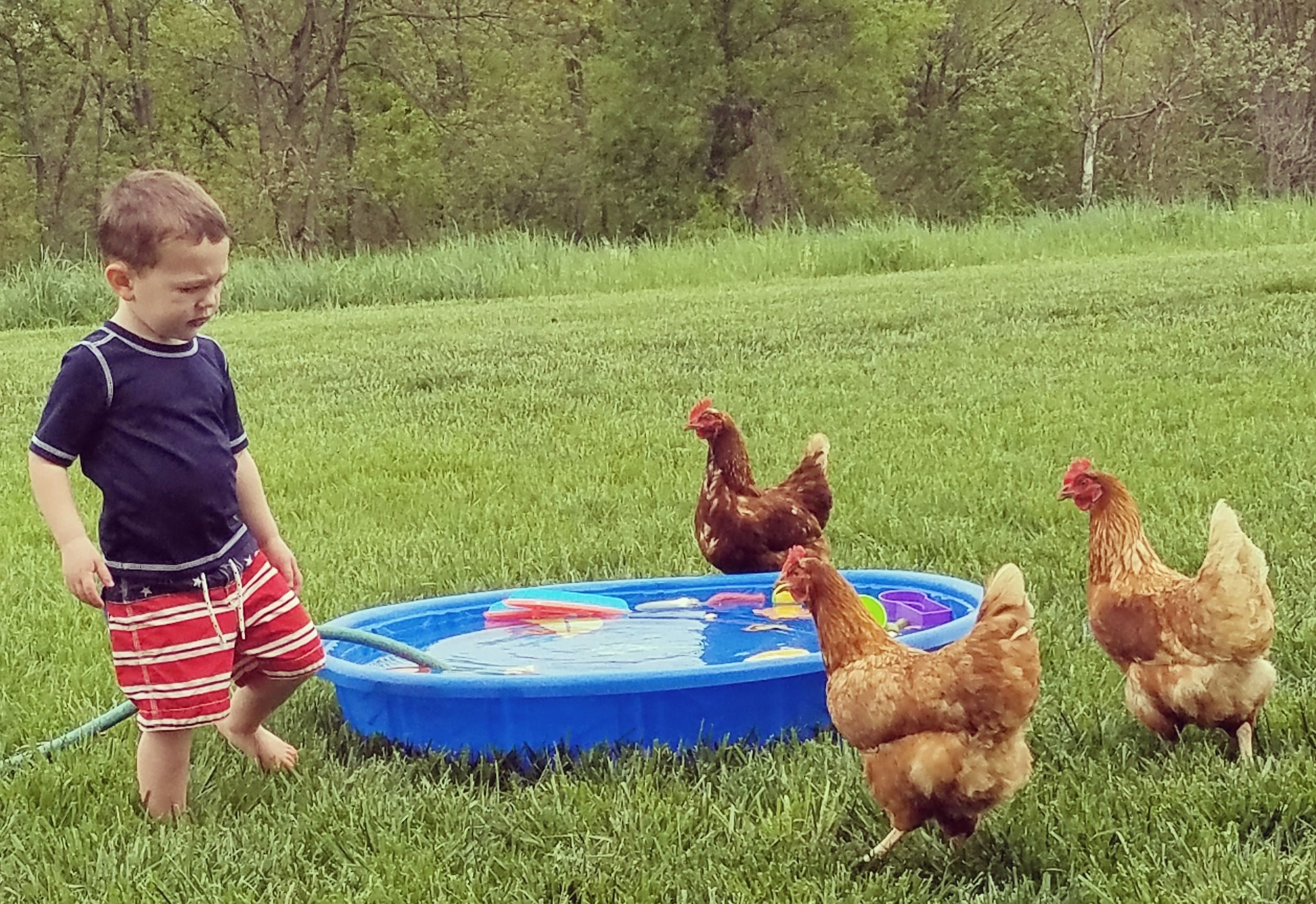 Did you know that chickens are only allowed on properties two acres or larger within the Town of Middletown’s town limits?  How many properties does this actually apply to?  I wish I had a firm number, but I imagine it’s not many.  I wasn’t aware of this restriction until my family moved into town from neighboring Jefferson in 2019. My 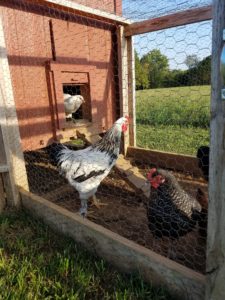 family was disappointed to learn that we couldn’t bring our chickens with us.  We learned that backyard chickens were a highly debated subject for the town in 2012, which resulted in the current ordinance.  Since 2012, many other communities, including Frederick City in 2015, have updated their codes to allow backyard chickens.
When I learned of the current ordinance, I was blown away.  Growing up most of my life in Middletown, agriculture was such a big part of the community. Given our deep roots in agriculture and so many other communities updating their codes to allow for backyard flocks, I decided that the ordinance from 2012 needed to be updated.
In order to update the ordinance, the town required a text amendment to the code. The fee for this text amendment was $700. Because this was an expensive endeavor for one family to fund, and to gauge interest in the community, I created a Go Fund Me page to raise the money. I advertised the cause on the Nextdoor app and by word-of-mouth with neighbors. I was able to raise the needed funds in about three weeks!
So why is this a big deal?  Who doesn’t want fresh eggs everyday?  It’s also a great way to reduce food waste.  Chickens are great composters and eat pretty much anything!  They turn all those leftovers into manure that makes great fertilizer for the yard and garden.  Did I mention they eat insects as well?!
This is a great educational opportunity for my young children and I hope to create some of the same memories I 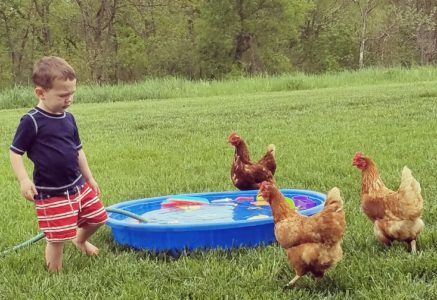 had growing up on our family farm collecting eggs.  Also oddly enough, it’s fun!  Don’t ask me why, but watching chickens is amusing.  I can’t explain it.
Some concerns I have heard are unwanted noise from roosters, smells, and health risks. I drafted the language for the text amendment to take these concerns into account. Roosters will not be allowed in town limits, only hens. There is also a limit on the number of birds allowed in your flock. Residents would be required to register their flock with the Maryland Department of Agriculture. and eggs are for personal consumption only. Finally, the health risks brought up in past town halls (salmonella and bird flu) would only be a concern to the family owning the birds, handling the birds, or consuming the eggs. As such, this shouldn’t be a public concern.
The town held a public hearing at the end of May, and will vote to update the ordinance on June 14 (See detail on the town website here).
If you have any questions, I have done a significant amount of research and am happy to discuss further!

Jon Minchoff grew up in a farming family in Middletown. He recently returned to the area with his wife and two children in hopes of raising them in the same small town, surrounded by family and strong agricultural roots.

Jon Minchoff grew up in a farming family in Middletown. He recently returned to the area with his wife and two children in hopes of raising them in the same small town, surrounded by family and strong agricultural roots.