Dedicated to Enhancing the Social, Economic, & Environmental Vitality of Our Community
Home » Building the Creative Economy in Frederick County 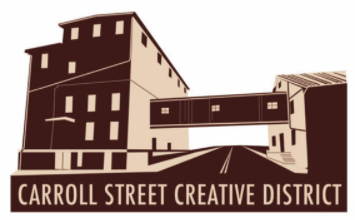 In the post-COVID environment, the role of government in economic development will be, at least for a time, greater than ever. After the economic contractions of a year of quarantine, with many white-collar businesses transitioning to a substantial “work-from-home” [1] or “work-hotel” model,[2] large retailers expanding mail-order and delivery services, there will be a hollowing-out of the commercial real estate market [3]. In many cities (including Frederick) larger commercial properties are a glut on the market. The continuing trend is toward smaller office spaces or redevelopment into distribution/industrial/manufacturing or into residential, all of which present challenges involving rezoning, city, and county planning boards, and rethinking long-term master plans.
Frederick is the second-largest city in Maryland, and the fastest growing. Since 2000, the city’s population has grown by nearly 40%, with major additional development in the County centered on the outskirts of Frederick City. This explosive growth has led to a rapidly expanding demand for access to cultural activities. Witness the growth over the last decade downtown in art galleries, restaurants, craft breweries and distilleries, and related outlets. At the same time, Frederick has become a destination not only for consumers from the surrounding area, but the cognoscenti from all over the region, with visitors regularly making the trip from Washington, Baltimore, Philadelphia, and Richmond. Well-known for its restaurants, craft breweries and cocktail tasting rooms, Frederick is making a name for the galleries that are opening along Market Street as well.
Frederick has all the elements needed to build one of the most vibrant creative economy on the East Coast. Anchored by the Delaplaine Arts Center and the Weinberg Center for the Arts, with the Frederick Festival of the Arts as a regional attraction every summer, buoyed by newcomers like Frederick Book Arts Center, the disparate studios, performance companies, and galleries operating today would benefit from a common mortar unifying them into a solid foundation. This directed effort would benefit both the city and region, but also the participants.
The City of Frederick will soon have several opportunities to redevelop a part of downtown that is generally treated as an afterthought of Market and Patrick Streets. With the relocation of the Frederick Book Arts Center to 127 S. Carroll Street in 2023, the continued and uncertain vacancy of the Frederick County Social Services Building further up the street, and the relocation in a few years of the National Park Service’s Restoration Center (from the Jenkins Canning Factory to Hargett Farm), the timing is right to plan for the creation and prom

otion of an arts and creative district along Carroll Street. This can and should be done in conjunction with East Street as the threshold and major gateway to the city center. It would help build an economic engine complementing the existing downtown retail corridor, the planned hotel/conference center, Carroll Creek and East Frederick Rising.
An arts district initiative needs a name.
“Carroll Street Creative District” has the virtue of encompassing a range of creative pursuits beyond fine arts. This name is the keystone of a branding program that can be used to promote first the idea of the district, then the existence of the district and its programs for all kinds of exciting enterprises.

A suggested model for promotion and branding is Monterey, California’s “Cannery Row”.

Over four decades of careful investment and redevelopment turned a neglected and run-down industrial area of interest only to John Steinbeck fans into a dynamic attractor. It is now not only the crown jewel of a tourist economy but also a strong presence of visual and performing arts at all price levels. 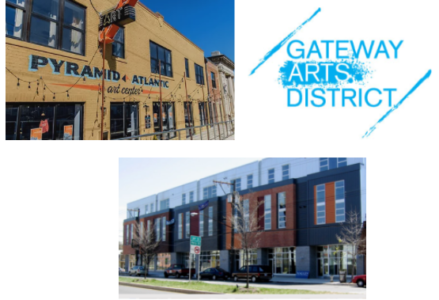 The role of City of Frederick
The City of Frederick has a multi-faceted role to play in the development of the Carroll Street Creative District.  Foremost it should act as a catalyst and as a steward for the “brand.” Driven not by profit but by an interest in the long-term economic health of the city and the need to open opportunities for Frederick residents, the City should take a bold approach and create an economic development corporation to undertake the overall project.
City government can turn misfortune into opportunity and create an innovative model for expanding the creative economy in the 21st century by building a strong public/private partnership and providing the foundation needed for economic horsepower and fiscal health.
As we have seen on other redevelopment projects, city government has a toolbox of incentives that can help make a project like this a reality:

The City of Frederick can and should be a strong partner that can make this project successful.
An arts and creative district should be a draw for both visitors and for creatives. To bring creatives in and make the district a viable entity, possibly a development corporation should focus on establishing subsidized creative spaces. These spaces should not be limited to studio spaces for visual arts, but experimental and venues for theater, music, and readings and poetry and the culinary arts.
Opportunities
Sky Stage clearly has a place as an important part of such a district, but it is strictly limited by being fair-weather only and by having no backstage facilities. Existing commercial space would convert easily to accommodate many kinds of creative space. Artists and Makers Studios of Rockville, Kensington, and now Phoenix AZ and San Gabriel, CA has done this with tremendous success.[5] Frederick has conducted three very successful Artomatic ventures and over a decade these temporary events in many other places, particularly DC, have occupied vacant commercial spaces and have created permanent benefits to not only the property owners, but also the entire community as well.
Truly affordable studio space acts as an incubator for an arts community. Cities that have vibrant arts scenes also have places available for artists, artisans, entrepreneurs and vendors that are within financial reach — something in short supply in Frederick.
One suggestion that has proven extremely successful in Detroit [6] and in San Francisco, and that might be equally popular in Frederick with its burgeoning restaurant culture, is to establish an experimental kitchen. This would offer opportunities for both “pop-up” restaurants run by visiting or nomad chefs (a surprisingly popular event) and rental income from “cottage industry” kitchens who sell goods through farmers markets or other non-restaurant outlets.
Of particular importance is affordable housing for artists. Some of the “art spaces” in Baltimore and other cities include living space along with workspace. This presents a more complex issue in terms of zoning and city planning, but it makes studio space extraordinarily attractive to younger, lower-income working artists. Affordable housing continues to be a major issue within the city of Frederick, and it is one that affects artists and makers. Working artists are often lower income, and this provides an opportunity to show a commitment to the arts community at the ground level.

Conclusion – Vision for the Future
Frederick has a diverse, rich arts scene, but one that now lacks any unifying thread. Decades of neglect by federal, state, and local funders has fragmented performance groups and siloed arts organizations, leaving them almost totally reliant on private philanthropy and the sale of work. That significantly limits the ability of any artistic community to coalesce and grow.

Cohesion and cross-pollination lead to expansion, innovation, and from a governmental standpoint, economic growth. People want to be consumers and patrons of the creative economy; they want to buy art, attend performances, and see creators at work. Especially during unsettled times, consumers want to feel like their spending matters.

Right now, the Frederick area is a supersaturated solution, full of artistic possibilities that are waiting to crystallize. Institutions like the Delaplaine, the Frederick Arts Council, AARCH, and the Frederick Book Arts Center can form the nucleus of a reaction that builds a powerful new creative economy in Frederick. The City and the burgeoning creative community can and should be the catalyst for that reaction.
Logos created by Bill Watson; Author Robert Van Rens  is a professional advocate and activist who works with labor unions, arts organizations, in immigration reform, decarceration and judicial reform, and environmental protection. He is currently running for alderman in the City of Frederick.

Robert Van Rens is a professional advocate and activist who works with labor unions, arts organizations, in immigration reform, decarceration and judicial reform, and environmental protection. He is currently running for alderman in the City of Frederick.