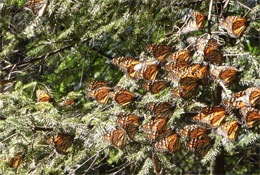 The headline in the April 12, Washington Post article on weather rang out: “Giant storm in Central U.S. has unleashed all sorts of extreme weather, and it’s still dumping snow.” It continued: “A wild spring storm is walloping parts of the Central United State with extreme temperatures, heavy snow, blizzard conditions and high winds.” I thought winter was over – I thought that several times this year.
Climate change is real folks; my question is how will the changing climate affect the eastern population of the monarch butterfly. The monarch, while itself important, is just today’s “canary in the coal mine.” While the monarch population is in serious decline, notwithstanding this year’s census in Mexico, the population of all flying insects has declined over 60-80% depending on whose figures you use. Remember, one in three bites of your food depend on pollinators. Has anyone mentioned “food security” lately?


I thought about climate change as I read an article in the Los Angeles Times by Kate Lithicum. She wrote about Francisco Ramirez Cruz, who as a boy, loved hiking with his grandfather in the mountains of central Mexico looking for monarch butterflies. Ramirez is now himself a great grandfather, and is still looking for monarchs. He is very much worried about the oyamel fir forest, the trees in the Mexican sanctuaries on which the monarchs spend the winter. Modeling by forest ecologists suggests that the environment for these trees will in the future be too hot and too wet to be sustainable. So, he is working with Saenz-Romaro, a forest geneticist and professor at the Michoacan University of St. Nicholas of Hidalgo, on a project to move the entire oyamel fir forest up the mountain by 1000 feet. Is this a “fix” or just a band aid?
Karen Oberhauser, currently the director of the University of Wisconsin Arboretum and a major monarch researcher recently said: “As an ecologist, I’m nervous about assisted migration of the sacred fir[.] But it’s an important part of our toolkit when a species is faced with the total loss of its habitat.” Oberhauser’s nervousness is about introducing the oyamel species into areas in which they were not originally found, that is, 1000 feet higher.
I decided to go back and look at the December 2017 webinar on monarchs and climate change by Karen and Kelly Nails, one of her prior students, presently of the US Fish and Wildlife Service. I found a lot to be worried about. You can see this webinar yourself on the NCTC website. The webinar can be particularly gloomy, but I’ll summarize the key findings:
First, milkweed in the breeding belt, will shift farther north. It will occupy an area well into southern Canada. In a more severe climate change scenario, the shift of the current milkweed into southern Canada may be as much as 50%. The shift north means monarchs, if they follow the milkweed, will have longer northerly and southerly migrations.
Second, there is a question of phenology – that is timing. Will milkweed be available as a host plant when needed by the monarchs. Two years ago, monarchs returning from Mexico were blown by southerly winds into the monarchs northern breeding range before the milkweed was up. That turned out to be a fiasco. Will the monarchs continue their migration to these farther reaches as the climate warms or will more of them remain in southern Texas and Florida, where winter breeding already occurs, but in low numbers.
Third, the natural enemies of the monarch – the tachinid flies, parasitic wasps, fire ants, and other predators are more prevalent in warmer climates. They are a growing problem now; could the problem worsen as it gets warmer in the United States.
Fourth, as mentioned in the beginning, will there be a sustainable oyamel fir forest waiting for them each winter or will the area become too hot and too wet for the forest to survive? Will the monarchs move to a new habitat? This and other questions remain to be answered.
One hopes that Francisco Ramirez Cruz and Professor Saenz-Romaro will be successful in moving the oyamel fir forest 1000 feet up the mountain. But let’s hold out for a better solution, that the world takes climate change seriously.

This piece was originally published in the Herald-Mail. 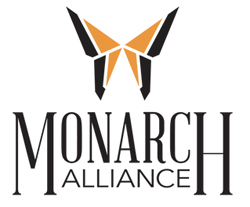 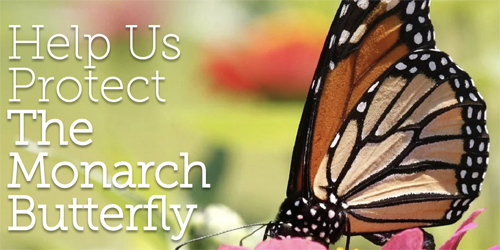 The Monarch Alliance believes that the Monarch Butterfly and its extraordinary migration extending from Canada to the mountains of central Mexico has captured the imagination of millions of Americans.
The migration of this iconic animal species is in danger of disappearing because of the loss of milkweed and nectar sources throughout its breeding range in the United States and Canada and from threats to the Oyamel Fir forests in its overwintering sites in central Mexico.
The Monarch Alliance, working with other governmental and non-governmental organizations in Washington County and the surrounding region, will work to educate the public on the life cycle of the Monarch, threats to its spectacular migration, and how it can help by planting butterfly gardens, including milkweed native to our region.

MORE about the Monarch Alliance:
The Monarch Alliance (TMA) began as a Maryland-based group in Washington County and has expanded its reach into the eastern panhandle of West Virginia by partnering with the Potomac Valley Audubon Society. The main activities of TMA involve educating the public on the monarch life cycle, the threats to its spectacular migration, and how the public can help by planting native habitats and engaging in citizen science. One of the primary focuses of TMA is to engage students through outreach programs and the creation of the Junior Monarch Alliance! It is important to TMA to partner with local leaders who have regional expertise and can help share the monarch conservation message.
TMA is working to strengthen the monarch network in Maryland and West Virginia by partnering with the City of Hagerstown on the Mayors’ Monarch Pledge, through the installation of a Monarch Waystation (pictured above), conducting a butterfly and plant ID workshop, and putting on a spring milkweed sale and monarch tagging events at a new city park. They also host Monarch Discovery Days events in early September to celebrate the peak monarch migration in the area, hold monarch tagging events at the Antietam National Battlefield and the US Fish and Wildlife Service’s National Conservation Training Center (NCTC), and conduct extensive outreach both online and through presentations, booths, and other events.
In order to achieve their mission of supporting the monarch migration through education and outreach, TMA continues to build and maintain various partnerships locally. For example, they have a close relationship with Discovery Station, the local children’s science museum in Hagerstown, MD, which will be installing a monarch exhibit to further engage area youth. Through the Junior Monarch Alliance program, TMA and the museum host a program built around the Monarch Larva Monitoring Program. It is their aim to get children into the field to monitor milkweed each summer. They also work closely with the US Fish and Wildlife Service’s NCTC, the Washington County Master Gardeners, and the City of Hagerstown Parks and Recreation Department. Building these relationships has been key to TMA’s success.
TMA feels strongly about youth education to inspire a life-long commitment to conservation. Monarch butterflies are a tool for educators in fostering a long-standing relationship with conservation and serve as the flagship species for building knowledge about pollinators. Instilling this connection early in life will ensure that younger generations are ready to take the baton and continue to tackle the challenge of sustaining habitat for our nation’s wildlife.

Sandy is the co-director of The Monarch Alliance, a program of the Potomac Valley Audubon Society. He is also a Monarch Watch conservation specialist. He recently moved from Sharpsburg, West Virginia to Frederick, Maryland.