Dedicated to Enhancing the Social, Economic, & Environmental Vitality of Our Community
Home » How should the City of Frederick accessorize? 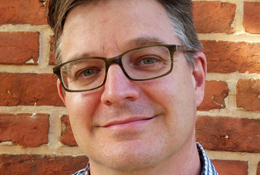 When it comes to accessory dwelling units, the City of Frederick is playing catch-up. Numerous jurisdictions around the country have eased restrictions on what were once known as granny flats, garage apartments or in-law suites, looking for a low-impact way to increase density and address the need for affordable housing. Montgomery County modified its ordinances earlier this year, making it easier to add accessory units in single-family zones. And Frederick County is even further out front — passing a pair of bills more than a year ago that streamlined the process and waived some fees so that it’s easier for homeowners to tuck a tiny house in their backyard. 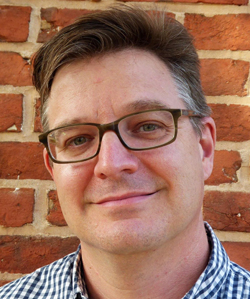 Not that everyone wants one in their backyard — or, more specifically, their neighbor’s backyard. The push for accessory dwelling units (ADUs) has prompted plenty of pushback around the country, mostly from older, well-off homeowners worried about property values. For instance, in Montgomery County the hearings with filled with angry testimony accusing the council of betraying of the American Dream and there were plenty of dog-whistle letters to the editor decrying “demographic change.”
But will the city’s attempt to encourage ADUs — currently almost impossible to add to existing residential lots — manage to avoid the messy acrimony of Montgomery County? It remains to be seen. Frederick County’s changes did pass easily (despite “no” votes from two then-councilmen who otherwise championed the right of property owners to do as they pleas), but after watching the recent debates surrounding the adequate public facilities ordinance, residential height restrictions and the “McMansion on Magnolia,” I suspect there are some homeowners out there anxious “to prevent the urbanization of city neighborhoods” as a pair of height-restriction advocates put it.
Personally, I’m a little worried that when it comes to Frederick’s most urban neighborhood, the push for ADUs may not do enough. No language has been drafted, but the summary submitted by Alderman Derek Shackelford earlier this month did list some possible ordinance inclusions — mostly regarding minimum lot size eligible for ADUs and the maximum lot coverage for the accessory unit — that would all but eliminate the possibility of adding accessory units downtown. It seems shortsighted, amidst concerns over gentrification and a lack of affordable housing downtown, to make ADUs off-limits.
Allowing ADUs isn’t all that could be done to boost the number of affordable units downtown, either. Currently, the county’s ADU provisions waive school impact fees for accessory dwelling units of less than 800 square feet, since their occupants rarely include school-age children. Extending that waiver to include micro-unit apartments — studios and efficiencies targeted at singles or childless couples and often 400 square feet or less — could facilitate a far greater increase in affordable-housing inventory than one-off accessory units (not that both don’t have a role to play). Waiving the fees for micro units could also make many smaller infill and renovation projects more viable, especially downtown’s many vacant upper floors, and help offset the loss of rental units over the last two decades as many of downtown’s larger town houses, previously divided into apartments, have been renovated back to single family.

This column was originally published here.

Matt lives in downtown Frederick with his wife and two children.He is a television writer, who works at home -- or anywhere else he can find good coffee and a Wi-Fi signal -- and whose credits include everything from children's cartoons to true-crime series such as A&E's "City Confidential" and "Snapped" on the Oxygen Network. He has a long standing and strong interest in urban planning, and has written about real estate, center city revitalization and historic preservation for a variety of publications.

Filed Under: Guest Blogs Tagged With: ADUs, Planning and Development