Dedicated to Enhancing the Social, Economic, & Environmental Vitality of Our Community
Home » The Sugarloaf Treasured Landscape Plan – A Neighbors View 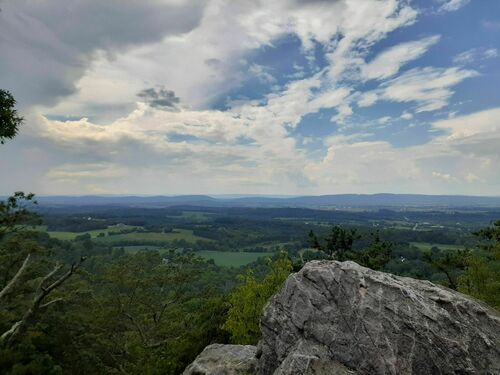 The draft Sugarloaf Treasured Landscape Management Plan (“Plan”), released July 30, 2021, is the first detailed area plan prepared as part of the Livable Frederick Master Plan.  It discusses issues related to land use, the environment, and climate change; and proposes management policies to preserve and protect the rural character of the Sugarloaf Mountain region.

At a public meeting in February 2020, a Briefing Book was released, describing the general nature of the Plan to be developed.  A citizen Advisory Group was also formed, drawn from the Plan area, to advise the county planning staff and to be a conduit for comments from county citizens.

A draft Plan was prepared over the next 13 months.  Release was expected in March 2021, but was delayed on short notice.  When released in July, the Plan had notable boundary changes.  A larger portion of the historic Hope Hill community was included, and nearly 500 acres was excised.  The excision was consistent with textual changes regarding possible westward extension of the Urbana Growth Area, ending the long-standing respect of that boundary against development west of I-270.. 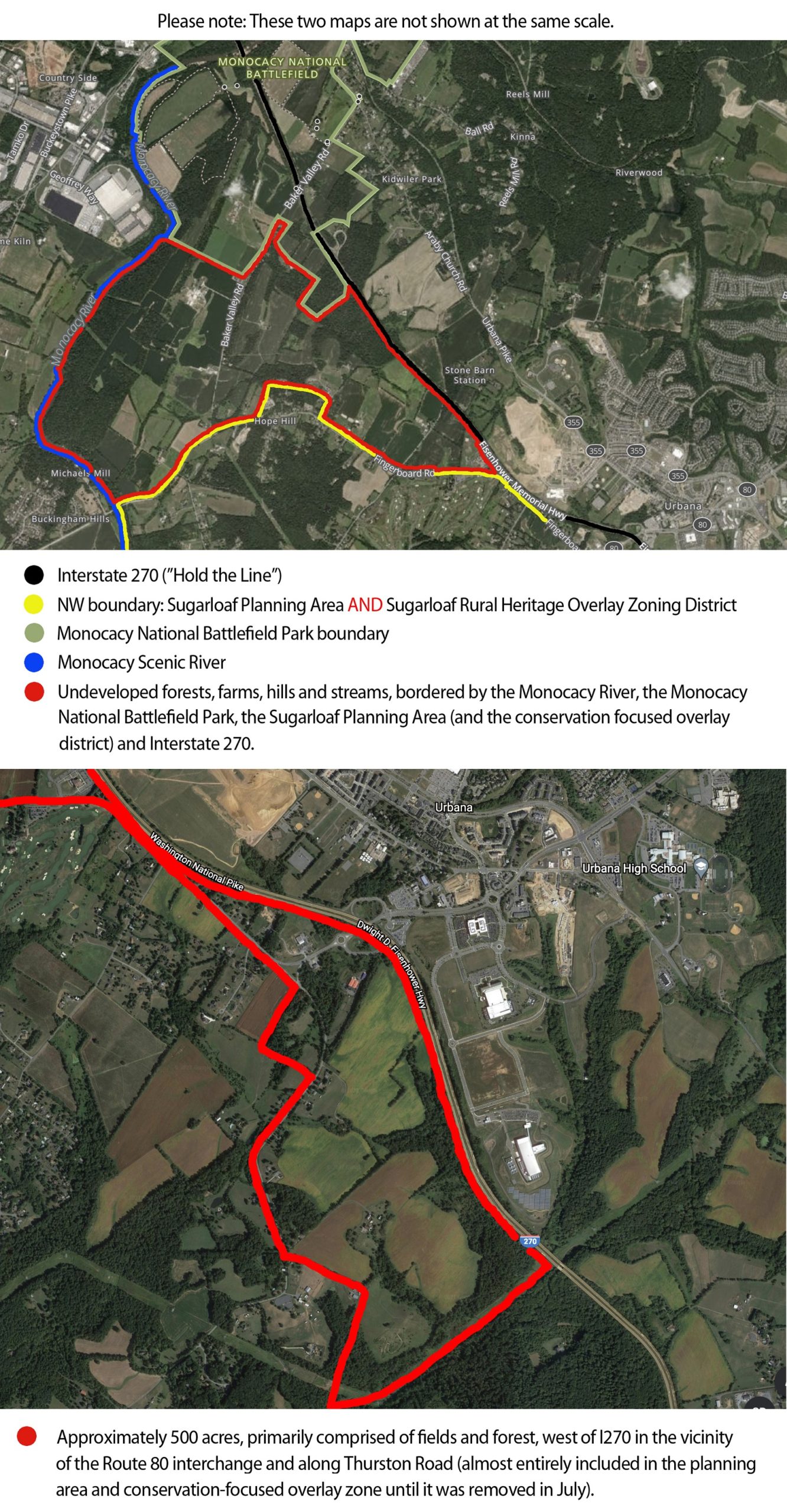 When the July draft Plan was “briefed” by county planning staff to the county Planning Commission, the Commissioners noted that the eastern boundary change had been done without public consideration and had drawn strong criticism.  They decided to restore, for the time being, the eastern boundary to its March status.  They will still consider boundary changes, but all changes will be discussed openly.

Many have proposed a further boundary change, extending the eastern border along I-270 to meet the Monocacy River, to contact and protect the Monocacy National Battlefield Park.  Further protection would also be afforded the Hope Hill historic area.
The Planning Commission will hold public meetings as they consider the Plan.  The Plan, with Commission changes, will then be presented to the County Council for its consideration.
Nick Carrera, who lives in the Sugarloaf planning area near the “cutout”,  is a physical scientist and diplomat; retired from the U.S. State Dept. after 26 years in arms control work.

Nick Carrera is retired from the U.S. State Department, where he worked primarily on arms control issues. He was a member of the U.S. team that negotiated the 1996 Comprehensive Nuclear-Test-Ban Treaty, which bans all nuclear tests. (Although it has not yet formally entered into force, it has effectively ended nuclear tests by the major nuclear powers.) He was active locally in Sugarloaf Conservancy, now disbanded, and is currently active in the recently formed Sugarloaf Alliance.